Do You Need an Electrical Panel Upgrade? 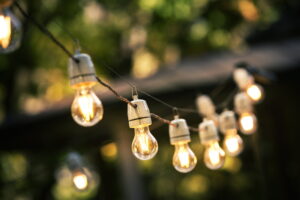 Earlier this fall, we talked about how holiday lights could impact your electrical system if you’re not careful. But holiday lights aren’t the only potential threat to your home’s electrical capacity. These days, homeowners are adding more and more to their homes in the name of electronics and high-efficiency appliances.

This is all great, but it does pose a bit of a conundrum. Homes only have so much electrical capacity, and overloading your system will lead to numerous problems from electrical outages and power surges to even potential electrical fires.

This doesn’t have to describe your experience though! Read on as we uncover some of the signs you can watch out for that indicates you’re in need of an electrical panel upgrade. Then, if you recognize any of these signs, give us a call right away!

When your electrical panel ages to a certain point, it becomes more susceptible to damage from power surges through the wires. As a consequence, it will start disconnecting circuits more often.

This is due to the fact that it can’t handle the level of electricity going through it. Many homeowners mistakenly believe that power surges are only caused by stormy conditions, but they’re actually created by the large appliances in your home most of the time—namely your central heating and cooling systems. They cycle on and overload the system for a moment, causing a power surge and subsequent tripped circuit breakers.

If you find that you’re resetting breakers a few times a week, when in the past this only occurred maybe a few times a year, then it’s a clear sign that your panel needs upgrading.

You See Evidence of Electrical Fires

Wires and circuits that are wearing down can create small electrical fires inside the electrical panel They quickly burn themselves out in most cases, but you will still be able to detect the signs that they’ve happened.

If you smell an acrid odor coming from the panel or if you see charring and discolored markings around the circuit breakers, then an electrical fire has probably happened. Electrical panels were designed so that they’ll shut off circuits if this occurs, but continuously allowing it to happen puts you, your family, and your home at risk.

We mentioned constantly tripping circuit breakers, but what about a single breaker that keeps tripping, seemingly excluding the rest of the electrical panel? Well, this is still a sign that you may need an electrical panel upgrade. If you have discovered that a certain circuit breaker won’t stay reset, or resetting it doesn’t restore power right away, then that breaker is overloaded.

To get in touch with an expert electrician in Smyrna, TN, contact Covenant Heating and Cooling! We are “Dedicated to the Promise of Serving You.”