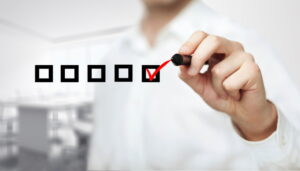 Although we’ll still be dealing with warmer temperatures for a while, there is no denying that the official end of summer is just around the corner. Soon enough, it will be time for you to start thinking about your heating system. In fact, it’s not too early to schedule your next heating maintenance tune-up! In the meantime, you’ve likely been using your air conditioner pretty consistently over the last few months, and the last thing you need now is a sudden breakdown or a huge repair issue when you still need the system.

We have some good news! Most air conditioning repair needs show their symptoms way before they force the air conditioner to shut down. So if you notice anything now, give us a call! This way you know you’ll be able to rely on your system to get you through the rest of summer.

Remember, it’s never a good idea to attempt diagnosing or repairing a faulty air conditioner by yourself, especially since there are potentially dangerous components, like refrigerant. However, you can absolutely spot the signs that it’s time to call a pro, and reach out to our team when that time comes. Read on to learn about some of the symptoms that indicate an air conditioner is in disrepair.

When chilled air isn’t flowing through the vents like you expect it to or like it uses to, it definitely indicates a problem with AC performance. It usually means that air is trapped within the system somewhere, which can cause the coils to freeze.

Another possibility is that you have damaged air ducts, and conditioned air is escaping into unoccupied spaces like your attic or crawlspace. Reduced airflow isn’t just a symptom of a problem–it’s a problem on its own and can cause further issues such as increased utility bills due to inefficient performance.

So maybe your airflow seems strong enough, but the air coming through the vents is lukewarm. What’s the deal? Factors such as refrigerant leaks, overheating components, or again ductwork damage, could all contribute to your air conditioner’s decreased ability to cool the living space.

Reduced cooling power is similar to a decline in airflow in that it is both the symptom of a problem and the cause of more problems. Ultimately, it will cause your air conditioner to run longer to try to reach the desired temperature on your thermostat, which is inefficient.

Short-cycling is when an air conditioning system turns on and shuts off rapidly without ever running for very long–not even enough to complete a full cooling cycle. Your air conditioning system uses the most energy turning on and turning off than it does just running. So, you want yours to run for at least 15 minutes at a time. Otherwise, it’s typically a sign of something going seriously wrong.

If you’ve had your system for a while and it just started doing this, then it usually means there’s an electrical problem of some kind. If your system is brand new and experiencing this problem, then unfortunately it was not properly sized. Either way, if you notice short-cycling, it’s time to give us a call!